Fun History Facts about the City of Lights

As you get ready to explore Las Vegas top attractions it is always a good idea to start by learning a little bit about the city’s history. For starters, while most people believe the city was created in 1947 by the mob when they built the Flamingo, Las Vegas was actually created in 1824 by Mexican explorers. It was named The Meadows which translates to Las Vegas in Spanish. The explorers settled here because the valley has water. The city grew rapidly after the construction of the train stop to Southern California and the construction of the Hoover Dam in the 1930s.

The Old Las Vegas Mormon Fort is one of Las Vegas top attractions. It was built back in 1855 by the Mormon missionaries. Today you and your family can visit the original Adobe of the Old Las Vegas Mormon Fort which is still standing at Las Vegas Boulevard and the Washington Avenue. This was the first structure ever built by the non-native settlers and used to be an outpost with post offices. The building has undergone multiple transformations over the years and is today a historical location.

According to the Museum of the City.org, the population of Las Vegas in the 1940s was 8,422. The US census today show the population stands at 2 million. This is without any doubt the fastest growing cities in the world. As aforementioned, the population increase was triggered by the construction of the Hoover Dam which created more jobs. An estimated 41 million tourists visit top attractions in Las Vegas each year.

There is something for everyone visiting Las Vegas. You just need to know where to look. Here are the top attractions in Las Vegas you must see. 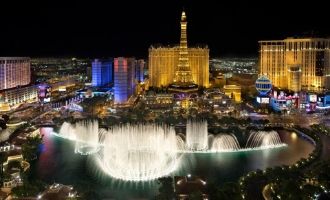 This is featured in almost every movie shot in Las Vega. Why not experience the magic with your own eyes. You can do so at the Bellagio Resort. This is a high end hotel complex. The dancing fountain show is so much fun. 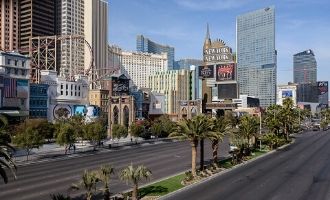 This is a 2.5 mile long central section of the Las Vegas Boulevard. It runs through the city. It is one of Las Vegas top attractions because it is lined with entertainment palaces that have been built with fun defining themes. The strip is also home to the best luxury hotels, performance venues as well as fine dining. At night this is the most remarkable place to be at thanks to the endless succession of glittering neon signs. 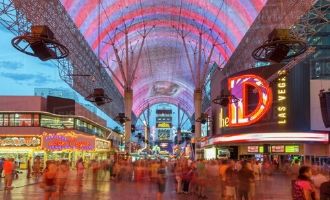 This is a pedestrian-only area with five-block section of Fremont Street covered over the canopy of LED lights that light up the sky. Fun visual shows and fantastic music takes place here each night. This is also the place to find the best street performers. 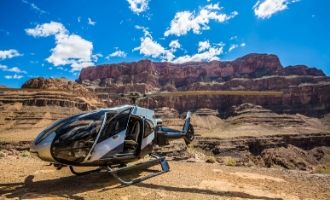 Helicopter Rides over the city and the Grand Canyon

There is no better way to take a break from slots and blackjack games than with helicopter rides. You get an amazing aerial view of the Grand Canyon and the city. There are many companies offering helicopter rides so they are fairly cheap. If you love scenery this is one ride you must not miss as you search for Las Vegas top attractions. 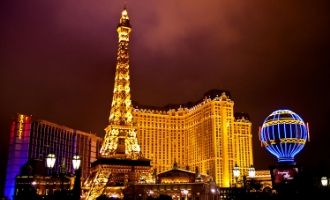 The Paris Las Vegas is located on the strip and is the most recognized resort in Vegas. There is a scale model of the renowned Eiffel Tower outside. The Eiffel Tower experience is unforgettable. It is 46 stories high and offers 360 degree views of the city.

The list is incomplete. There are many more top attractions in Las Vegas but you cannot afford to miss the aforementioned ones.

If you love travelling around the world discovering art, culture and good food then Las Vegas should be one of your top fun destinations. There is so much to do and experience in Las Vegas. Not everything is about roulette games, slots games and blackjack games.

If your goal is to explore the Las Vegas top cultural attractions then you will be spoilt for choice. The main places to visit for this include:

The Volcano at the Mirage

Titanic: The Artifact Exhibit at the Luxor

For the nightlife, the Artisan Lounge is a hidden gem that is set away from casinos. You can also tour the Hard Rock Hotel to experience live music or the Smith Center if you love performing arts. There is so much more to do downtown if you love the nightlife.

Las Vegas top attractions are the myriad casinos. Since time immemorial gambling has always been the top entertainment choice in Las Vegas. The world’s best casinos are located here with the Bellagio and Paris Las Vegas being the main ones. You get to play new as well as centuries old casino games. The best casinos are:

This is the ideal casino for sports betting. The casino draws huge crowds during big games. You can also play blackjack, slots and roulette games here.

If you love slots games this is the casino for you. The casino has the largest slot machine floor in the entire Las Vegas strip. There are more than 2000 slots.

For the lovers of poker games the Bellagio will be the perfect choice. The poker rooms are a favorite for both amateurs and veterans. There are 40 tables.

This casino has numerous diversions for the non-gamblers. You will certainly have a memorable fun time here.

There is a wide variety of tables here. It is best known for its fun blackjack games.

The Most Grand & Amazing Hotels

If what you are searching for in Las Vegas top attractions is the grand and amazing hotels, here are the main ones you should give a try:

Whether you want to visit the top attractions in Las Vegas for free, see animals or play the best casino games, there is no shortage of fun things to do here. Our job is to gather all the information you need so that you don’t waste time doing your own research. Stick around to learn more.